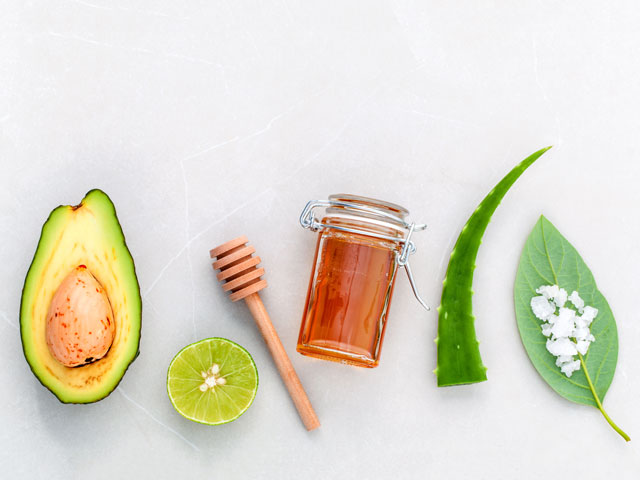 Skin conditions are much more prevalent in modern life compared to even a few decades ago. There may be various reasons for this – such as our fast-paced modern society, changes in our natural environment, pollution, auto immunity, stress and our modern processed diet.

Whether we suffer with bad skin and spots, or more serious conditions such as acne, eczema and psoriasis, it can affect our self esteem, quality of life, and mental wellbeing.

The skin is our largest organ, and is our first line of defence in protecting us from the outside world and toxins. It also regulates temperature in order to maintain homeostasis. The skin in fact has its own microbiome – an ecosystem of fungi, bacteria and viruses, all in balance in healthy skin. This is unique to every person, and is influenced by lifestyle factors, starting from birth and then diversifying according to our environment, diet, age, gender, smoking, as well as having a genetic predisposition.

The skin is also very influenced by our gut microbiome – and this is where diet will play an important role. When the bacteria in our gut is out of balance (and this is often the case due to our diet, stress, certain medications such as antibiotics and antacids), then this can lead to the gut lining becoming permeable. The layer of the gut lining is only one cell thick – so it’s very vulnerable to damage.

Once we have a leaky gut, then particles can get out of the stomach and into the bloodstream where they shouldn’t be, such as bacteria, toxins and undigested particles of food. This then triggers an immune system response – the immune system sees these foreign invaders and attacks them, and inflammation ensues. Inflammation is a big problem for the skin and this is one way that the gut influences the skin via the gut-skin axis.

The gut microbes play a really important role in helping the immune system – since 80% of our immunity is in our gut. These microbes regulate inflammation by regulating the immune system (specifically the TH1 and TH2 cells) and when this goes wrong it can lead to allergies and auto immune conditions. So we want these gut bacteria on our side!

We need to rebalance the gut bacteria as they also have a role in maintaining the lining of the gut, they modulate immune function and they influence the skin’s microbial composition. So there is a real link between the gut and the skin. In fact the skin can almost be seen as representative of what’s going on in the gut.

A chronic inflammatory skin condition, (skin barrier dysfunction), presenting with intensely itchy, dry and scaly skin, which can be in small patches or all over. This may be down to an imbalance in TH1 and TH2 cells – which means that there is a dysregulation in the immune response.

Certain gut bacteria such as C difficile and E coli have been found to be increased in people with eczema, and certain beneficial bacteria such as Bifidobacterium is often lacking. This is where targeted nutrition plans can really help, according to the specific gut bacteria of the individual (determined via stool samples – see microbiome testing here).

This is where there is excessive sebum production (often during hormonal changes such as puberty but can be at other life stages too), and this alters the skin microbiome and impairs the shedding of the skin. There is no known cause, although many contributing factors such as emotional stress and gut permeability.

Diet also plays a role because this condition is aggravated by high insulin (think sugary foods and refined carbohydrates), and low fibre.

So again, working with the gut to get everything back in balance can and should be part of the treatment of this condition.

This is a chronic inflammatory skin disease, often with large plaques of red, flaky skin. It is an over proliferation of skin cells. Normal skin cells regenerate every 3-4 weeks, but in psoriasis sufferers it can be every 3-7 days. It can be a really debilitating condition – and can currently only be managed rather than cured. It is thought to be an autoimmune condition involving dysregulated T cell activity, as well as a connection with inflammation in the gut.

The gut microbiome often shows an increase in pathogenic bacteria, such as Ecoli, and candida albans, and a lack of good bacteria such as bifidobacterium, lactobacillus and F prausnitzi (a source of butyrate which is anti inflammatory).

So it is clear that these skin conditions can be linked to an imbalance in gut bacteria and the skin is influenced by the gut via the gut-skin axis, through the endocrine, immune and nervous systems.

This is a really exciting area of research whereby skin conditions can be improved by rebalancing the gut bacteria. There is no evidence yet that certain probiotic strains can be used to treat particular skin conditions, however it’s clear that restoring and maintaining gut bacteria balance, as well as improving gut lining permeability, can only be helpful and should be considered as part of the protocol when treating skin conditions. Many skin conditions can be complex and may require a multi faceted approach which may include medications and creams, but this should also be complemented and supported by nutrition.

Here is a Before and After (8 months’ later) photo of a recent client I worked with. Before going down the dermatologist route with medications or topical creams, she wanted to try a natural way first. So we worked on restoring balance to her gut through various nutrition and lifestyle changes, and the results speak for themselves! This is true healing from the inside out.

Please be in touch with me if you’d like to chat about this or anything else. Thanks x